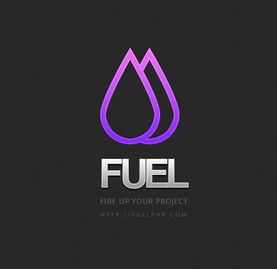 When I move to the new job I have started using FuelPHP framework for new project. We have to decide which framework we will use in development: Kohana, Zend, FuelPHP or something else available in the community. We choose FuelPHP because it has all great and sexy stuff and it was built for php 5.3 only. At that moment FuelPHP was first framework which used namespaces and was production ready at the same time. Small footprint, flexibility, namespaces, modularity and other gears make this framework great for building web applications. Let’s talk about FuelPHP history.

FuelPHP was rolled up by Dan Horigan. Phil Sturgeon joined him when he realized Codeigniter is stuck in php 5.2 without abstract classes, interfaces, autoloading and other things that makes developer happy. Phil wanted a real change. Other great people joined core team: Harro Verton aka WanWizard, Jelmer Schreuder and at the end Frank de Jonge.

I started building web applications in version 1.1, and at this moment 1.4 is latest production ready version. So I wasn’t involved in community from the beginning.

I have started following this small community at the beginning of the 2012. This year was important for PHP community, many great things were built and many projects were created:

For FuelPHP team 2012 was year with ups and downs. Dan Horigan was not available for his team members few months and no one didn’t know where he was. He show up on the twitter and then he was unreachable again. WanWizard (Harro Verton) and Jelmer Schreuder were most active at the building FuelPHP core and they done a great job.

One day Dan Horigan show up and he was active in the community again. Unfortunately he left FuelPHP team, and start to work on some other projects. Later Phil Sturgeon decided to left FuelPHP team too. Dan and Phil work on same project at this moment.

FuelPHP version two and road ahead

Jelmer Schreuder started to work on FuelPHP 2.0 version. He work hard and he build Fuel 2.0 psr-1 compliant version based on Composer. This version was build without ORM, because you can use any ORM from composer’s repository. In this version Jelmer wanted to avoid statics and use full potential from unit tests. He created IoC container in this version. Anthony Ferrara criticized this way of implementing IoC containter in his blog post “Object Scoping: A Triste Against Service Containers“.

Fuel team decided to go step by step from current version to FuelPHP 2.0, as they said – “We’re going to make changes in the next couple of version 1 releases that will bring it closer to the new architecture, so that the eventual switch to version 2 isn’t such a big hurde to take.”.